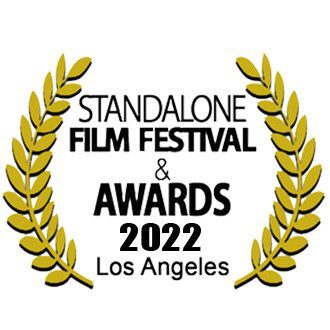 As a filmmaker how would you feel if you are so sotted in your head about your next project but there are always some ‘BUT’ coming in between in terms of its execution. The idea of final projection comes into your mind as some dream has come true but why it is still a dream when it can turn into your own dazzling reality. We know that being an independent filmmaker has so many struggles right from deciding what you want to do to its execution, from handling the minute details to managing the heavy tasks all alone, not only it requires a lot of labor to ask from a person but it is also very challenging sometimes to deal with it mentally. Handling equal pressures on both your mental and physical self at the same time kills a lot of productivity. Putting everything on one’s shoulder will become too hectic as well as time-consuming too.

The journey of chasing your dreams and facing so many obstacles at a time makes you feel alone at some point and StandAlone is that ecosystem where you are not alone anymore.

A creative person would never want to work, feeling like a burden on their shoulder, and to give you all the support and ease in the process of fulfilling your dream projects StandAlone will always be there for you.

When one is prepared with the idea and scripting of their first film then there is a rush to execute. And when it comes to imagining the final output, we usually feel butterflies in the stomach but the challenge is to actually put the things according to our plans and wishes. Sometimes we lack and sometimes circumstances are not up to the mark and in that case we compromise, even if we already know that we cannot give our hundred percent in our projects if we compromise, and also we cannot reach where we want to by compromising. So, StandAlone makes sure that there is nothing left to compromise.

StandAlone understands exactly how much and what it takes to be a filmmaker and that is why it takes care of every minute and huge support as well, which you might be needing in the process.

And when we say support it is not only about the tools and materials you will need, instead, it is all mental, physical, and emotional support just like a team or family do, when you become a part of it then you and your project are their responsibility.

The film festival is the final recognition but StandAlone begins much earlier, hand-holding and filling up all the gaps.

Overall, StandAlone not only helps you to create what you wanted to, ‘efficiently’

but it also helps you in taking your projects one step ahead so your work reaches where it should,

And these are not just statements, of course one cannot believe by only listening or reading something, and to believe you can and you should reach up to StandAlone so that your doubts become clear and you can take the first step in making your dream project a reality.

StandAlone is an ecosystem that will give you strength, freedom, and power so that in the journey to achieve more nothing stops you by giving you the command to take the charge, and whatever comes in between StandAlone is just there as your backbone.

Isn’t it make you feel like you have a magic wand with so many powers in it.

So, it is the time to create magic when you have StandAlone by your side as the magic wand, no one is stopping you, you are just one step ahead of where you want to be, so why not take it now.

You just have to take that first major step after that your project is our responsibility.

Instead of hustling alone and taking time and energy-consuming baby steps with fear and doubts, this is the right time and place, to begin with.

Your treat your dreams as ours.

With StandAlone you are not alone anymore.

1st of this kind of film festival & Awards for independent filmmakers/content creators. No barriers of borders, languages, genre, etc. Based in CA, USA